I made a huge mistake – I bought the wrong size golf clubs. Henry’s Christmas gift was a brand new set of U.S. Kids Golf Clubs UL-54, and, given he was 51″ with shoes on, I figured he would quickly “grow into it” and he could just grip down as he grew into his clubs. Nope. Although he could technically “hit” the new clubs, it was painfully obvious that the jump between his TourX clubs and the UL-54s was simply too big and too heavy (because of the increased length) for him to play with. Considering he has been growing at a rate of 2-3 inches each year, it would be some time before he would would actually grow into them.

That same Christmas, I made Henry’s grandfather a set of custom woods and a hybrid from Diamond Tour Golf. This was my first foray into clubmaking, and I was really happy with the results. Although, I had considered the Diamond Tour Golf route for Henry earlier, I decided against it, fearing that his (imaginary future) golf friends playing with Ping Prodi-G’s might tease him for his homemade clubs. I also wasn’t sure how “good” they were considering they were relatively inexpensive.

With the knowledge that the new US Kids clubs were just around the corner, I felt like I didn’t have anything to lose by building Henry’s “interim set” via Diamond Tour to see whether it could work.

Typically, when you buy kids clubs they come within a simplified range of sizes based on your childs height or age. Most “off the rack” junior clubs have fairly wide ranges. For example, the Tour X clubs he had been playing with were size 1’s built for kids between 3’2-3’10”. That’s a huge range! US Kids builds clubs with much tighter intervals – their clubs change every 3″ – so a size 51″ fits kids between 51″ tall and 54″ tall. In my experience, this actually means that their clubs best fit children around 52 and 53″ tall (not a kid that is barely 51″ tall).

You should always go by height to fit your child for the proper length and, (learn from my mistake) use a size smaller if in doubt.

Because I was stuck between two different systems, the Tour X size 1s and the US Kids Ultralight size 54’s, I ended up mostly splitting the difference between these brands to get the sizing for Henry’s clubs. I used the recommended size gaps by Diamond Tour Golf (e.g. the finished club length difference between a 7 iron and 9 iron is 1 inch) to get a finished length that was custom to our needs. This ended up being marginally shorter (1/2″) on several clubs than the equivalent Ultralight 51s and slightly larger than the recommended sizing for 3’10” to 4’3″ on the Diamond Tour Website.

Weights here refer to just the weight of the clubhead. US Kids doesn’t share their actual weights, so I approximated them based on their marketing materials (e.g. 20% lighter than a standard iron head).

I should start by mentioning that the folks at Diamond Tour offer their junior clubs at a crazy good price. It is actually cheaper for you to order it pre-built than it is to buy the individual components and materials like glue, expoxy, ferrules, grip tape, etc. (I have a hunch the good folks over there are basically giving away the labor for free to help junior parents out). I had no good reason for assembling this stuff on my own, other than I wanted to and because I had some pretty custom specs I was trying to hit. I also wanted to add little flourishes like custom ferrules.

I would highly recommend some of the videos that Ryan Barrath does on his YouTube channel as it helped me figure out what I needed to quickly. This one is especially helpful:

If you are building your kids clubs yourself, I think the only place I could find that did this was Diamond Tour Golf.

Let’s start with “what should I order?”. In my case, I wanted to essentially copy his current makeup that included a driver, hybrid, a 7 iron, and a sand wedge. To that, I wanted to add a 9 iron. Based on the gaps in loft, I also settled for the Hybrid 4 to bridge the gap between driver and 7 iron, and to move the ball down the fairway on longer holes.

There’s only one head design for the woods and junior irons and one shaft that corresponds to each head. I bought some nice ferrules that added a little color to the set and used the Diamond Tour house grips for juniors as these were also 12 grams lighter than the Lamkin Crossline Junior grips.

I was so pleased with the outcome and the way that Henry was swinging the new clubs that a month later I bought the rest of the set to fill in all the yardage gaps.

If you’re reading this article for a very young golfer, having all these extra clubs probably won’t help things – check out my other equipment guide for more information on getting started.

I probably sweated this part the most since I don’t have professional clubmaking equipment to cut and measure the shafts. Start by using masking tape to keep track of which shafts are for which clubs and wrap that masking tape on areas you are going to cut (to prevent fraying). I used a metal ruler to carefully mark areas of the tip I was going to trim and used a rotary tool (Dremel) with reinforced cut-off wheels from Harbor Freight to cut the tip down to size.

Side note, I tested using a rod saw to cut the graphite shaft based on YouTube recommendations and found that it tended to be less accurate and far more difficult than using the dremel cut-off whel.

Next, you’ll mark the depth to which the shaft goes into the hosel, tape the parts outside the hosel (to prevent scratching), and use a box cutter blade to lightly remove all the paint from the tip of the clubhead (to give the epoxy something to bond to).

Clean the tip of the shaft and the inside of the hosel with some acetone to give the best bond possible.

All of the ferrules I had were really tight and hard to put on the shaft. To help them get on the club, I soaked them in really hot near boiling water as I completed the other steps.

Next, mix up your epoxy – separating it into two small groups. The first group is for installing the ferrule; the second, we will add shafting beads and use for the full installation.

Wipe off any excess and clean-up the ferrule with a bit of Acetone so that it transitions nicely into the business end of the club.

Align the shaft and the clubhead appropriately with the graphics (or whatever line you made if you spine’d and floe’d the shaft). Let the clubs sit for 24 hours (or however long the epoxy should set at).

I did not spine or flo the shaft – I seriously considered this, but given that I’m not a professional clubmaker, modern shaft manufacturers are pretty consistent with tolerences, and that there isn’t really any hard evidence of this mattering – I skipped it and skipped investing in the tools necessary to get this to work.

Let the finished club rest overnight, and measure the shaft to get the finished length. In my case, I used a long ruler propped against the wall at a 60 degree angle to approximate a professional measuring device. Mark 1/8″ less than the desired finished clublength to accomodate the rubber cap that is at the end of the grip.

Overall, I was pretty happy with the clubs came out – so much so, that I elected to do it twice so that Henry would have a full set of clubs. I certainly felt more pride in building these things myself than I expected – and Henry seems to really like the notion that I made them for him.

These clubheads seem to be of very high quality – and they are super light, lighter than the Tour X clubheads, lighter than the US Kids clubheads, and lighter than pretty much any other junior set that I’ve encountered. On the whole, I think that is pretty spectactular if you’ve got a younger or weaker golfer who might have trouble generating enough clubhead speed for something heavier. I do wonder if they might be “too light” for an older kid who can generate more clubhead speed, so I’m glad he’ll be moving to the slightly heavier Ultralights in a year or two.

If you’re on the fence about the Diamond Tour stuff, don’t be. It’s great equipment, especially for younger and/or smaller players and an exceptional value. My only qualm so far is that the sand wedge doesn’t come with a more traditional wedge shape (for escaping from the bunkers). I may end up purchasing the US Kids ultralight wedge to supplement the new set (but this time I’ll get the right size). 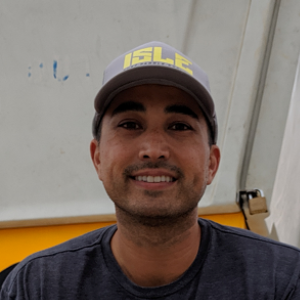